Of Tigers and Gods:
An alternative review of “The Life of Pi”

In many of the reviews I've read on "The Life of Pi" they bring up the perplexing question of how this story can "make one believe in God" as it appears to state that it does. I am not going to summarize the movie here. I am expecting that you have seen it already and 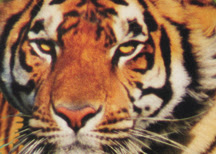 are also puzzling over this question. Also, I have not read the book so this is based solely on the movie. And I am not addressing what the author or the director or the screenwriter may have been trying to convey but simply what the movie itself says to me.

In the exquisitely crafted and stunningly filmed Life of Pi, the boy Pi falls in love with God, first as Krishna 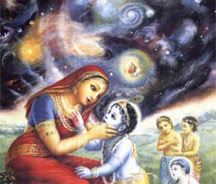 But the film also opens with some questions as well. Why, Pi asks, would God sacrifice the innocent Christ to save all the guilty people? The priest tells him it is because of God's love. But Pi still finds the question troubling.

Also at the beginning of the film we are told that this story will make one believe in God. Yet as the story progresses it in no way provides any of the assurances we have come to expect God to manifest. There are no miraculous solutions or even explanations 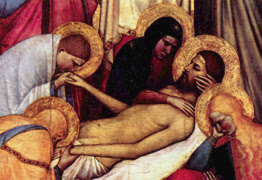 or meaning to any of the intensely terrible situations and conditions through which Pi must find his way. The entire film poses a great overarching question in the mind of the viewer: how does this story make you believe in God? Like the prophet on the mountain, we cannot find God here in the ways we thought we would.

Perhaps this God in whom Pi believes is not the one or ones presented to us by our separate religions, the one about whom we argue and dispute, the one that many of us believe does not even exists. This is not the God who we confine and display from the zoos of our religions, to whom we offer our worship from a safe distance. Pi wants to break through those barriers that separate him from the tiger.

Pi's father owns a zoo where many beautiful and dangerous animals live and people come to view and experience their magnificence and diversity. But as his father also demonstrates to Pi as a small boy, the reality of the life of those animals is a very different reality from the one we experience.

The juxtaposition of Pi's life at the zoo and his exploration of the divine in the different religions which surround him in Pondicherry suggests that perhaps the religions are also a place where we try to approach and experience another reality that is as fierce, incomprehensible, and majestically beautiful as the tiger: God. And as the movie moves into the extraordinarily wonderful theme, Pi is adrift on an infinite ocean that can both destroy him and enchant him with unimagined glory and splendor. 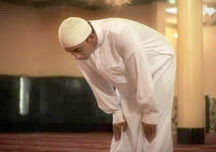 In the end we are ourselves thrown into an overwhelmingly devastating and horrifying alternate description of the experience through which the boy had been forced to survive. And he asks us which story we prefer, the one with the tiger or the one without. It is the same, he says, with God. Another enigmatic statement with many possible and intriguing interpretations.

The one that comes first to mind is that one believes in God because living consciously through our lives - as we as humans must - is too terrible to endure without belief in God. The belief in God in itself provides dimensions of meaning and purpose to an essentially meaningless and purposeless existence. Seeing life through the lens of God changes the experience of that life. We can choose to perceive our life with God or without God and the one with God, while still terrible, painful, and incomprehensible, can become a place of grandeur, beauty, and meaning.

it is belief in God which transforms life from meaningless horror to meaningful terrible transcendence. Not the existence of God or the intervention of God but the mere belief itself.

Many viewers, I think, did not completely abandon their own frames of reference to take the entire journey of the film on its own terms. They were looking for a proof of the existence of God, and expecting some sort of great divine interpretation. But the film did not set out to prove the existence of God, nor did it even set out to prove belief in the existence of God. It is not trying to solve the problem of whether God does or does not exist. That wasn't the destination this journey was concerned with. Though it was what some viewers, coming from a western mind-set, may have expected. And with those expectations, the conclusion is, indeed, weak and unsatisfying.

On one side of this perspective I see the belief in God which in and of itself is an agent of transformation. Not belief in the existence of God, but simply the belief in God, the inclusion of a conception of God in the core structures of your perceptions of life. In this interpretation, it is the nature of the conception of God that matters, not the existence of God as such. With a powerful enough conception, the entire fabric of ones inner perceptions are transformed.

I see both these possible endings to the journey of the film to belief in God, to be equally satisfying and equally profoundly thought provoking. These two perspectives each provide their own respective answers to the original question of the film that it is a story that will make you believe in God - either a belief that in itself is transformative, or as a belief in a God who is as incomprehensible and awe inspiring as a tiger or a storm at sea - a God who takes the raw experiences of your life and shapes them into a story of magnificence and meaning.
Posted by Mardi at 8:06 AM No comments: